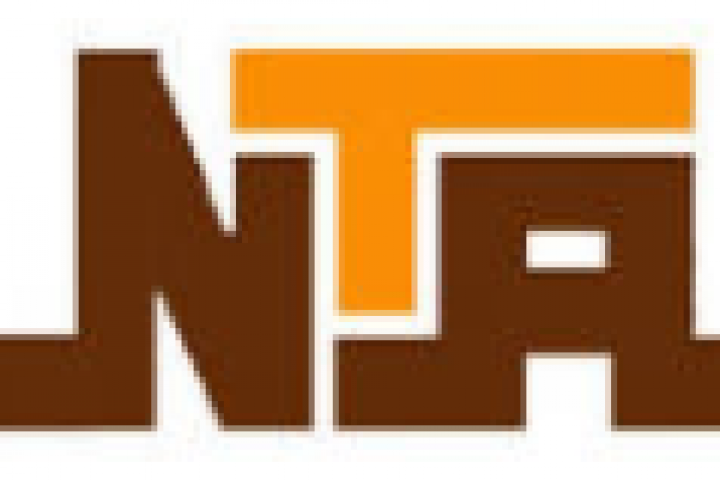 President Buharu pledged support to army.
President Muhammadu Buhari has pledged to improve funding, equipment and welfare of personnel of the armed forces to effectively secure lives and property in the country.
This was contained in a message to the grand finale of the 2021 army day celebration in Abuja.
Defence correspondent Ismail Adamu was at the event.
Presidency on recent successes of security agencies
The presidency has commended security agencies for enhanced collaboration in the arrests of individuals who have inflicted pain and hardships on fellow citizens.
Elizabeth Omoruyi has details of the successes recorded so far by the Presidency in fishing out these individuals
Abuja: Vice President Osinbajo launches leather policy implementation plan
Vice President Yemi Osinbajo this on 6 July 2021 launched the national leather and leather products policy implementation plan 2020.
The policy document to be implemented gives the strategic direction necessary to drive leather industry development through new initiatives and improvement on current efforts.
Minister of budget on Foreign aid utilisation.

The utilisation of foreign aid in Nigeria will now be monitored.
This is sequel to the constitution of a national taskforce on the utilisation of the foreign aid by the Minister of State for budget and National Planning  Clem Agba.
Correspondent Iliyasu Ali Yakubu reports that the executive director Africa network for environment and economic justice, Rev. David Ugolor is the leader of the taskforce
North east governors forum meeting

North East Governors Forum has called on the Federal Government to commence operation on the multi billion Naira Mambila hydro power project to propel rapid development of the region.
This is at the ongoing North East governors forum meeting in Jalingo.

The unlawful arrest and maltreatment of Nigerians in any part of the world is totally unacceptable and will no longer be treated with kid gloves.
This warning is coming from the Senate as it considered a motion on alleged unlawful encroachment into Nigerian borders and arrest of Nigerians by officers of Benin Republic.

Igbokofi residents seek Federal Government  intervention on encrochment
Meanwhile, our correspondent visited the Igbokofi community which shares border with the Republic of Benin and brings in this report.
House passes Petroleum Industry Bill

The House of Representatives has passed the Petroleum Industry and Governance bill during plenary on 6 July 2021.
The clause by clause consideration of the 318 section document was last thursday done in the green chamber, culminating in its adoption.
A conference committee has been set up by the house for harmonisation, in particular the section proposing five percent for host communities which the Senate pegged at 3percent.

Chairman of the house special committee on PIB, Mohammed Tahir Monguno enumerated other provisions for the Niger delta region in view of the impact of oil and gas activities on the environment and livelihoods of the people.
These he said are in addition to other benefits as captured in the national budget

OPEC Secretary General at Nigeria Oil and Gas Strategic Conference (NOG) 2021
OPEC Secretary General Muhammad Sanusi Barkindo has applauded the passage of the Petroleum Industry Bill (PIB) as this will attract foreign investment.
This was at the  Nigeria Oil and Gas strategic conference where the OPEC Secretary General joined  virtually.
Abuja: Information Minister visit's Oba of Ajasse-Ipo
The Oba of Ajasse-Ipo Oba Ismail Adebiosu has appealed to the Federal Government to make its impact felt in his domain. The Oba made the request when Information and Culture Minister Lai Mohammed paid him a visit.
Abuja: presidential inauguration of micro-grid solar
The Secretary to the Government of the Federation Boss Mustapha has described the delivery of the 1.5mega watts solar  power project at the Ministry of Works and Housing as a clear demonstration of Nigerias walk to meeting her energy needs in a renewable manner.
This was at the inauguration of the solar power project on behalf of President Muhammadu Buhari.
Press briefing on Covid-19 vaccine update

Government will continue to educate and provide correct information for Nigerians to take informed decision on Covid -19 vaccines.
The executive director National Primary Healthcare Development Agency, Dr Faisal Shuaib who said this in Abuja advised Nigerians to ignore propaganda on the social media on the negative effect of the vaccines on humans.
UNICEF representative Dr. Ganga Gapta noted that it has become necessary to counter these false theories if Nigeria must over come this pandemic.
Dr Faisal said Nigeria has made judicious use of about four million doses of vaccine received noting that the country has so far dispensed about 3.9 million doses representing about 96% of the vaccines received.
A demonstration to counter social media propaganda showing that the vaccine contains chips and magnetic substance was carried out.

Abuja: NAHCON meets state media professionals of Hajj board on Covid-19
The National Hajj Commission has reassured Nigerian pilgrims of sustained efforts in addressing issues arising from the 2021 aborted Hajj operations owing to the Covid-19 new normal realities.
This was during a high level engagement with media units of state Hajj boards across the country as measures to avoid window for misinformation.
Abuja: NIPR seeks enhanced synergy with NTA
Everyone has a responsibility on how to restore the lost glory of Nigeria.
This the Nigerian Television Authority says it will continue to create contents that will make Nigerians ponder on unity and togetherness in the country.
Abdulmalik Hassan reports that the director general of the nta Yakubu Ibn Mohammed made the pledge when he received the leadership of Nigeria institute of Public Relations on a courtesy visit.
BUA donates oncology centre to Kwara

Kwara State will soon be the centre of health care in the north central zone when the oncology and diagnostic centre is fully operational.
This gesture is one of the laudable initiatives of BUA group to improve healthcare delivery in the country and to discourage medical tourism.
Abuja: Buhari felicitates with movie star, Richard Mofe-Damijo at 60.
President Muhammadu Buhari has joined  the entertainment industry in celebrating  a renowned actor, writer and movie producer, Richard Mofe-Damijo, (RMD) on his 6oth birthday.
The President congratulated  the veteran actor, who is also a lawyer, on his many achievements in the entertainment industry, winning national and international awards that brought glory to the local film industry, and placed the country on global limelight.
The President noted the contributions of RMD to the field of community and development communications, culture, tourism and journalism, working in the public service as a former commissioner of culture and tourism, preceded by serving as special adviser on culture and tourism in Delta state.
Abuja:  business news.
UNESCO woos Nigeria digital economy

The Minister of Communications and Digital economy Isa Ali Pantami has pledged the full support of the Ministry and the parastatals under its purview towards degitizing the performance of the United Nations Educational Scientific and Cultural Organisation (UNESCO)
He made the pledge during a courtesy call on him by the permanent delegate of Nigeria to UNESCO, Hajo Sani in his office.
The Minister while felicitating with Hajo Sani on her appointment noted that the programmes and initiatives of UNESCO are in alignment with that of the sector, emphasizing ICT as pivotal in achieving the desired goals.
The newly forged partnership between the two organisations is expected to ensure that strategic engagements between both parties are deliberate and impactful, especially in facilitating the active involvement of unesco in the Nigeria digital economy sector for the benefit of the country.
Nigerian ambassador to Burkina Faso presents letters of credence
The Nigerian ambassador to Burkina Faso, Misitura Abdulraheem has presented letter of credence to President Roch Kaboré of Burkina Faso.
This was during a special ceremony held at the Presidential villa in Kosyam.  The ambassador conveyed the warm greeting of President Buhari and the Nigerian people to President Kabore and the people of Burkina Faso.
The Nigerian ambassador noted that Nigeria and Burkina Faso have been enjoying excellent bilateral relations over the years and share similar way of life and cultural values.
FRSC promotes personnel copy

The Federal Road Safety Commission has approved the promotion of two hundred and eighty four personnel including assistant and deputy corps commanders.
In the same vain, punitive actions were taken against  erring officers, amongst which two were dismissed, appointments of two terminated, one was awarded reduction in rank, three suffered loss of seniority and one was awarded severe reprimand. The punitive actions given were as a result of varying offences committed in service.
Buhari condoles with the Aig Imoukhuede family on loss of matriarch

The President prays God’s comfort for the widower, Mr Frank Aig-Imoukhuede,  and the entire family, asking them to take solace in the fact that the departed spent the latter part of her years in deep commitment to the evangelical Ministry, and also bringing succour to the vulnerable and underprivileged.

He praises her contributions in the secular realm too, serving variously as curator of National Museum, President of the  National Council of Women Societies, and as Honourable Secretary of State (Federal Minister) for States and Local Governments in 1993.

To Download this movie you must use the awoofTV app